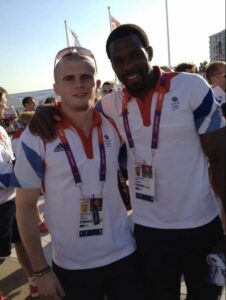 Last week I began to discuss my thoughts on how, in a revolving system of producing quality players and coaches, both older and younger Judoka are as important as each other. Personally, I don’t believe that it is something that requires much formal input, as long as all players are willing then it is actually a very natural, primal process. No different to young apprentices working around, and learning from, older tradespeople.

In part one of this post I listed the benefits that I found from, as a younger fighter, practising and spending time with older players. Here, in part two, now a…..er…mature athlete, I shall discuss the advantages I find from training with, and being around, hungry and talented young fighters.

I have found, from being in one, and observations of others, that in most training groups there is usually at least one or two members that aren’t really fully committed. It often seems like they do full time Judo to prevent themselves from getting a real job for a while (I’m 12 years deep on that one). In all the years that I’ve been a full time Judoka at Camberley Judo Club I’ve seen many people come and go. Roughly, at any one time, there is on average 25 full time players at the club; I joined in 2009 and the only athletes still training there that were a part of the team around that time are Frazer Chamberlain, Nathon Burns and myself. I was speaking to Ashley McKenzie (also at Camberley) a few weeks back and we both agreed that the current group of full time players that we have at the club is the best and most committed either of us has seen. Every single member really wants it.

There is so much that I feel I take from watching the younger fighters, in all different scenarios in the sport. I remember at my first senior European Championships in 2010, Frazer Chamberlain, then a junior, texting me to wish me well, and then to tell me I’d fought well after and to keep going. Frazer is only a few years younger than me and for a long time we shared a room in Camberley Judo Club’s accommodation block. For many years I would train really intensely but would, on occasion, burn out. Frazer was sturdier and absolutely consistent. Steadily climbing his way up the senior national, then international, ranks. I learnt a lot about development and consistency watching Frazer chip away at the stone. Although he was gutted to not win the medal I reminded him of the texts he sent me nearly a decade earlier, in 2019, after he took fifth place at the European Games/Championships, beating a World Champion on the way through. Along with Ashley McKenzie, one of only two British men this Olympic cycle to contest a major medal.

I also find self coaching is sharpened by practising and watching the younger fighters. It can be affirmations of similar things that they do well that I know I do or did. It’s also useful seeing areas for improvement mirrored. Obviously Judo is so multidimensional and complex it is impossible to work on everything at once. One example I’ll give though is, as a right hander, when fighting a left hander, I can occasionally stand too square when I pressure, which enables the opponent to pull my left sleeve to them easier; a vital gripping component and, important to set up many effective forward attacks. I’ve been punished for that both in training and tournament. It was something I’ve become more consciously aware of directly through watching younger players go through that very same process. That’s one specific example, there are many.

Young players are always a good reminder of raw-ness too. It makes people tough when they are younger and they have to constantly go up against more developed fighters. Younger players tend to do a bit more volume too which, along with the former, aids to build a complete willingness to fight. At the club I notice those players that you can try and practise new things on quite quickly turn into a randori that gets the heart rate up a bit more, then into an absolute handful, then to a point where you start thinking you’d be quite happy to have them on the other side of the draw in a tournament! I definitely find it easier to take it easier on my self in this latter stage of my career, thankfully the younger players help to prevent any of my self justifications and, if I want to survive, then I have to fight.

Don’t forget to sign up to my FREE weekly newsletter, Judo’s Weekly Weigh In, here!