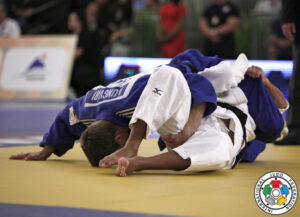 Being too tight to upgrade my phone because of storage issues, at times of my day where I would usually listen to an audiobook, I’ve had to get on the TED talks again as I’ve no apps left to delete to try and make room for a new book!

I was in between coaching sessions a few weeks back when, having YouTube shuffle TED speakers at me, my interest was piqued by the title to Josh Kaufman’s presentation; The First Twenty Hours- How to Learn Anything.

A reader doesn’t have to delve too deeply into sports or skill acquisition literature to come across the 10,000 hour theory, the idea that it takes roughly 10,000 hours of specific and deliberate practice to develop mastery level abilities. Kaufman discusses how he enjoys learning new things and, that shortly after becoming a father for the first time, began asking himself if he’d ever have time to learn new things again! So, he decided to research how long it takes to acquire a new skill.  What was the answer he mostly found online? Yep, 10,000 hours. 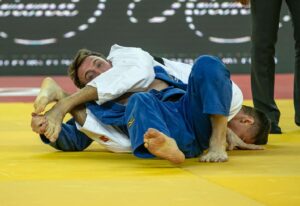 Kaufman argues that, after extensive reading, his experience and, what the research he looked through said didn’t seem to add up. He goes on to put forward his concept of it takes 20 hours of deliberate practice to become capable enough at something. As he states, “Early level of improvement is really fast…..people get good at things with a little bit of practice.”

Typically I made it all about me and started considering new things that I’ve tried and how, after initially telling myself there is no way I can do this, I quite quickly began to feel much more comfortable after not too much practice. One that stands out for me there was, after first going self-employed, keeping books and filling in a tax return. Merely the thought of those things terrified me for a long while! With a little research, online practice and doing my expenses and invoices I began to feel far more confident about it all.

I further think of new skills I’ve begun to learn, particularly through the lockdowns and since retiring from competitive Judo and, again, I’ve not dedicated heaps of time to them but more small consistent blocks of work. Over the last couple of years I have started to learn fishing, Muay Thai and sprinting and, to affirm a part of Ericsson’s theory (initial deviser of the 10,000 hour rule), a lot of my early practice in those areas was deliberate because it was nearly always done under the eye of a learned individual. I have friends that are good anglers, another that has studied the striking arts for decades and, I sought out a highly recommended sprinting coach. Although admittedly most of the work I do in these areas is still performed under a watchful eye I feel capable enough to confidently practice on my own knowing I’m not practicing mistakes, or largely not doing it wrong to put it in simpler terms. Or, at the absolute minimum, I know the areas of whatever activity I’m capable enough to practice on my own and the others where best to wait until I can be observed by someone in the know. 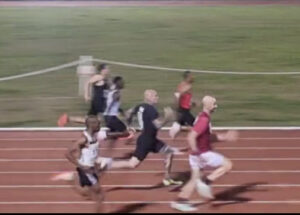 I am naturally sceptical when it comes to things like matter of hours, whether it be 10,000 or 20. I know Ericsson’s theory has come under heavy scrutiny in the last 10 years or so. I like to try and see the concept behind the concept however. For me here the emphasis being the importance and identification of mastery and competency in differing areas.

Like anything along the lines of this subject I also consider how it relates and could possibly benefit the work I do on the Judo mat. Largely, I think it kind of describes a process that already happens. Of course I believe that being open to methods to improve is always important, however I have, through my own trails and errors and, observations of people that put too big an emphasis on sports science and new fangled ideas, seen such things detract from success and improvement instead of benefitting it. As a coach close to me says, the Victorians knew 90% of everything we know today regards to physical training. One need only read a small bit on the history of Golden Age Athens to realise that they actually had a pretty damn good idea of how to prepare athletes, 2 and a half thousand years ago. The most successful coaches in Britain have always had a strong concept of how to develop players.

So, where does it relate in Judo terms? Isn’t the aim to be a master, to be a world beater, not merely capable or good? Of course, no doubt if you watch the world’s best Judoka they all have a least one ‘major threat’ in their arsenals that is of mastery level. As I watched Kaufman’s presentation though it made me consider how many other areas require a base level of competency in competitive Judo. I then thought on some of the times throughout my own career where it came to my attention, via my coach mostly or sometimes my own realisations, that I was not competent enough in a certain area. A small scenario which comes to mind, and there are so many others, is defending sangaku-jime (reverse triangle for BJJ practitioners). 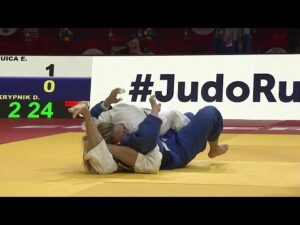 As a junior and a young senior a number of top international seniors would score sangaku-jime regularly on me during training camps, one of them scoring it on me in tournament. It would be an apprehension I would have in the back of my mind walking out to fight with someone good at it. After one of my main domestic rivals caught me with it again in training I was desperate enough to talk to my coach about it. Luke went through a couple of simple defences with me, the main one being to push the top knee away as the opponent begins the attack. I then hunted those people out I knew that were good at the technique on training camps; I would literally jump onto my front in front of them and almost put them in position for it. After not too long at all I felt so much more comfortable in my abilities at combating it. I did my final tournament in December 2021, the last time I was caught with Sangaku in competition was Saturday June 25th 2009 at the German Open. I did not need to become a master of the technique but with a small period of concentrated work I became competent enough for it not to cost me a contest again in the remaining 12 years of my senior competitive career.

So I suppose if I’m trying to find a point to this it’s yes, Judo athletes need to be specialists in their own areas, that is a definite. I actually think there is a tendency to try and build too well balanced players in governing bodies, I largely think athletes have to play to their strengths, that’s for another post however. Competency in many areas is required. I think awareness of that and the delivery of the answers is mostly down to the coach, then it is up to the individual to put themselves in those uncomfortable places until they are competent there. Judo is so competitive and, with the nature of how tournaments are structured, if those areas of incompetency are ignored, eventually it will almost always cost the individual.

I’ll finish here with a quote from Kaufman’s TED talk:

“The major barrier to skill acquisition isn’t intellectual; it’s emotional. There is a frustration period when we first start out because we are incompetent. We feel stupid. Nobody wants to feel stupid.”

I suppose it depends on how much you want to win.