The 80:20 Principle: Applying it to Mat Work 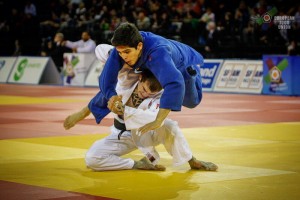 I first came across Pareto’s 80:20 principle via Tim Ferris’ 4 Hour Work Week. Pareto, an Italian economist, noted in the 1890’s that, for many events, roughly 80% of the outcome comes from 20% of the input. For Ferris’ argument, one of the scenarios that he uses is his customers; when he owned a supplement company he found that it was 20% of his customers that purchased 80% of the stock that he sold. He also found that it was the customers of the remaining 20% of stock that took up 80% of his time; constant back and forth emails, complaints, requests etc. This enabled Ferris to review his approach, prioritise and, to become what Greg McKewan would call, an Essentialist.

Ferris really emphasised his application of the 80:20 principle and the benefits of using it. He also discussed how, with a little research, he found it cropping up virtually everywhere he looked; business, nature, art ect. It really got me thinking about how I may apply it to my own life and training and, how it could potentially be used for competitive Judo and BJJ players. 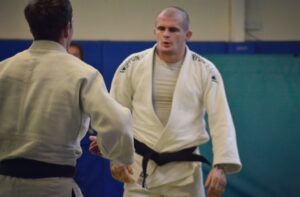 I have, on my laptop, my full written interlinking fighting system of techniques, gripping sequences, groundwork and tactics. I love Judo, all techniques, styles and ideas about it interest me. What I didn’t really have, for the first 15 years of training though was guidance from a coach regarding the idea of building a small repertoire of really polished, linking techniques. The essentials to be a truly dangerous competitor. I would find a technique, work on it for a few months then move onto the next, becoming competent at it but never mastering.

Groundwork was a little different, I fell in love with ju-ji-gatame just over 10 years ago and have continuously practised it. It’s no coincidence to me that it has become my main technique and out of all them, standing or ground, it’s the only one that I feel absolutely confident that I could score on anyone. Ju-ji-gatame was also the first technique where I really began to understand the importance of having a system built around an initial attack; the opponent reacting thus creating an opportunity in another direction etc. The importance of having an answer for any which way the partner attempts to defend. 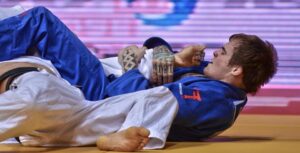 I decided to go back through all the tournament footage I could find of myself over the past 5-6 years. I kept a pen and paper next to me and wrote down the names of all the techniques that I scored with and, if performed more than once, kept a tally next to them. Then I compared this list to my full written up system. You know what’s coming right? Just 22% of all the techniques that I have trained have actually scored for me in international competition. An even smaller percentage was the amount of techniques that I utilised more regularly.

I did initially have a sit back moment thinking something along the lines of “78% of all the techniques I’ve practised have been a waste of time.” Then, after a brief flirtation with self pity, realised that at least now I have a really clear blueprint in which to work from. I also coach and someday, if I become good enough, would like to coach at international senior level; due to the wide range of techniques I have trained I feel I understand, can demonstrate and explain most of them, even if not having performed them in high level tournament. 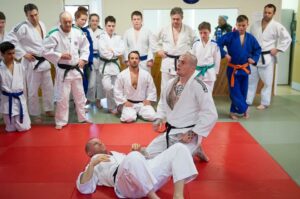 Looking forward to when we can resume full training I plan to mainly focus my training around that 22% of my most valuable techniques. I won’t exclusively look at them but will structure the bulk of technical work around them and, then develop any weaker links around the opponent’s reactions. A lot of high end sports training becomes about pushing through the monotony, finding methods to keep yourself interested. I still want to enjoy learning new things (it’s important) but, at this later stage of my career, I want to get the absolute best out of the skills I have developed the most. I want my decision making to become all the more automated, not hesitating about which technique to set up and ultimately attack with. 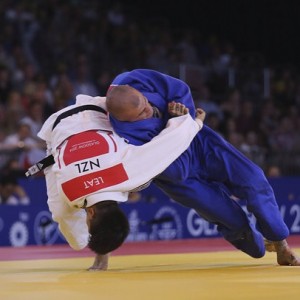 Bruce Lee said “don’t fear someone that practises ten-thousand kicks, fear the person that practises one kick ten-thousand times.” Most of the best players that I’ve seen, realistically, have, at most, a handful of polished techniques. Yes, they have answers, counters, initiative to take advantage of opportunities but, at the core is a small system of devastatingly effective attacks. That is something I kept in mind when I built the rolling yearly session plans for Camberley Judo Club’s kids section; obviously also taking into account the importance of building a foundational repertoire of fundamentals and grading requirements. I want the kids to enjoy their Judo and to have some freedom in discovering which techniques they prefer but, when they move on to the next section of the club, to understand the importance of developing a few really effective attacks and to link them/have answers to the opponent’s reactions.

I’ve really been enjoying thinking about and beginning to have a play with the 80:20 principle over the last few months. I’m excited, when the time comes, to see what benefits it may have to the work that I do on the mat.