Being a Funded vs Unfunded British Judo Player 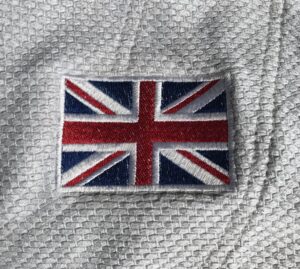 I enjoyed chatting to my friend and former training partner at Camberley Judo Club, Vince Skillcorn, for his Judo Talk podcast a couple of weeks back. The main topic of discussion being the ins and outs of a full time Judoka. We also very briefly touched on the self funded athlete lifestyle. There has been a lot of discussion on the Facebook Judo forums GB Judo Underground and GB Judo Community about athlete support and selections. Over the last few years I have received a fair number of  private messages from people asking questions about it. The most common one I’m asked is, what is the difference between a funded and an unfunded athlete? I think to answer that question fully it actually requires a much more multidimensional and in depth answer than what I have presented here. I see this post as the ‘surface information’.

Aside from my own personal enjoyment of writing, an aim I’d had with these blogs was to give those not involved in the tiny percentage of our Judo community that are full time players and coaches, some insight into that lifestyle. Or, at the very least, one persons experience of it. At the time of writing I am one of Great Britain’s current longest standing Judo players operating in a full time setting. When you don’t achieve everything that you initially want to I suppose those are the titles that you cling to!!! Anyway, in my time as a full time athlete, I have been both funded and unfunded by the national governing body. I have had trips covered by British Judo and I have spent time as a self funded athlete.

Before I continue I’ll briefly discuss what information I’m presenting here. I have previously discussed in detail many times before the expectations to commitment to training for full time Judo players, I’ll not repeat that here. I’m going to lay out financial support I have received from British Judo. That support being in the form of both the trips (tournaments and training camps) that were paid for and, APA Award (athlete personal award), which is basically personal financial support. When an athlete is on an APA they are also covered medically; physio treatment, scans and surgery provided if required. Typically, up until 2013, most members of the British squad received trips, the better ones in the country receiving a higher volume and level of these. If international results were good enough then APA awards could be given to athletes to aid them with daily living costs.

I will use 2011 and 2012 here as an example of a being largely a fully supported Judoka. In this period I got onto APA funding (£568 per month) in October 2011, which I remained on all the way through 2012 and then removed from later in 2013. I was fully supported but had a very quiet rest of the year on the tournament front post London Olympics in 2012. During 2013, because I chose not to centralise, I then had to self fund nearly all trips and had my APA Award removed. I was on one of the lowest APA awards, they grow in amount with improved results. 2011 is probably the best example of a fully supported year regarding selections that I can personally give. Through these first two discussed years, leading up to the beginning of the current centralised system in 2013, I was British number one in the -73kg weight category. For a number of years after the current centralised system was established I also operated as British number one in that same category. I was 23 years old when the current centralised system began.

It is worth stating that, before London 2012, the International Judo Federation’s calendar looked slightly different, there was only a few Grand Prix, Grand Slam events per year, the title World Cup was more commonly used. For example, notice that the tournament that was this year called Grand Slam Georgia was titled World Cup Georgia back in 2012.

I have included dates up to the time of writing as I am still training and operating in a full time setting with aspirations to compete internationally again. Worth mentioning that I chose to cease fighting at -73kg towards the end of 2019. I did not compete at the British Championships in the December of that year so, 2020 was the first year since 2009 that I was not officially a member of the British Senior Squad. A player has to be a member of the British senior squad to be selected to represent Great Britain at most international events. I had planned to begin competing again, at -81kg, in the back half of 2020, which has obviously been delayed due to the current pandemic situation.

I was, and am, one of many full time British Judo players operating across a number of different centres throughout the country.

So, to be absolutely clear, I have listed, year by year, the trips that I was selected for and sent on by the performance teams at British Judo ONLY. The blank years means that I was selected for and sent to no events. This list, particularly 2013 onwards, takes into no account for all the events that I self funded. Again, I have previously written about methods that a self funded athlete may employ in attempt to raise monies to get out to tournaments and training camps.

Sign up to get my FREE newsletter, including the first look at these posts, Judo’s Weekly Weigh In, here!