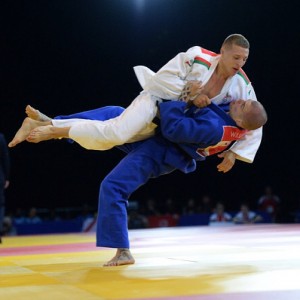 In this third part of looking a bit more in-depth at some of the ins and outs of being a full time Judo athlete we shall have a look at tournaments, both in the UK and abroad.

Judo is a sport in which players compete fairly regularly. The top handful of Judoka in the world can pick and choose their events a bit more but for many a tournament every 6-8 weeks is a good estimate. Periods of less time between competition does take place however, for example during the Olympic qualification procedure players may compete back to back weekends in aim go gather as many qualification points as possible. For national level competitors, those pushing towards getting on the British squad, tournaments will be a considerable mix of both domestic and international level events. Years spent getting in the car or minibus and driving all over the UK for tournaments is part of the journey through for a young Judo player, often off the back of a herculean effort from the club coach or parent, this still continues to a degree as a senior. Getting a strong base of competitions is essential for any fighter, the domestic competitions will again be attended by those chasing qualification points for the annual British Championships, plenty of international level fighters will use them as tune up or practise events; most of the time at a higher weight category.

With senior athletes body weight becomes a more pressing factor for the obvious reason that at international events if a fighter doesn’t make weight then they don’t fight. Those chasing British Championship qualification points also need to be hitting the weight so that any points that they do build up are in the weight category that they would want to do the British Championships at and, then potentially represent Great Britain at international events at. Move up a weight category and you have to start from scratch, points are only valid in the category in which they were gained. That is also the same for the international fighters chasing Olympic qualification points. So, most of the time full time Judo players will have to at least continually monitor their weight, then begin dieting when required, then the final drop when required. Some fighters drop more weight than others but the majority of senior players have to do some sort of dieting at some point, within a training group there will nearly always be a number of athletes controlling their weight. Most players preferred the switch of the British Championships to December, from January, which enables them to relax a little over Christmas. 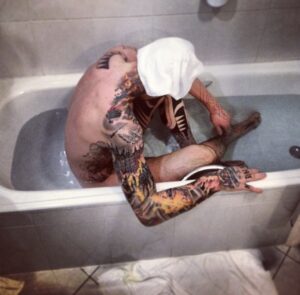 At most domestic events the fighters weigh in either the evening before or the morning of the event, 2 hours before the first contests start. At international events the weigh in is the evening before, tournaments normally start at 10am, at 9am four athletes in each weight category are randomly weight checked and must be within 5 percent of the category (76.7kg for an -73kg competitor), this is an attempt to discourage large weight loss strategies. Travel to international events either takes place on the day of weigh in, early in the morning or, the day before weigh in (my preference). For further flung locations travel will occur earlier in the week. Being on the way out to a tournament and seeing all the holiday makers getting stuck into a big breakfast at the airport tends to boil the blood after a couple of weeks of dieting! 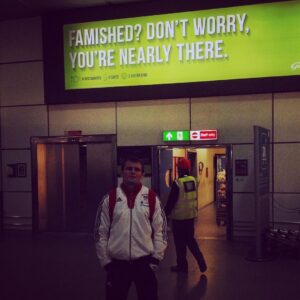 Gatwick airport offering moral support on the day of weigh in!

Again the funding  varies across the broad range of full time Judo players in the country. There is a certain percentage of fighters that have all of their trips paid for by the national governing body but underneath that you have a range of players, some totally self funded and some funded to a level but then having the option to self fund a number of events. For those self funding tournaments they can obtain monies through private sponsorships, running guest sessions/seminars and paid work, I have done all in my time. For many of the events in the Rio 2016 Olympic qualification period, for a small number of us, Camberley Judo Club spent all the money saved towards a new dojo to try and get us to as many events as possible, to give us a greater chance of going to the Olympics. As difficult as all the self funding has been at times, personally, I’ve had some brilliant supporters. It’s not cheap being in Argentina the one week to a fortnight later fighting again, in China. With most international tournaments a certain number of nights have to be spent in the official competition hotels, with a price increase. Particularly on long trips we can be in the 4-5 star official tournament hotel to being in a youth hostel the next night, many stories to be told about the latter sort of accommodation but they are for another time…..or never! 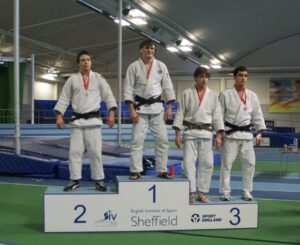 Judo is such a tough and unpredictable sport that, aside from the Shohei Ono, and Teddy Riners, plenty of world class fighters regularly don’t medal at tournaments. Sometimes it can take a few years of being a senior before players start to reach the podiums. Internationally there are a few different levels of events, the lowest circuit being the continental cups (European Cups etc) yet, they are still pretty bloody tough, usually rammed full of hungry younger seniors doing their upmost to break through. I remember Colin Oates telling me that at one stage of his career he thought that as long as he got a European Cup medal (B-Tournaments as they were called then) then he could retire happy, obviously Colin did and then went on to place and medal at the worlds toughest events but, that still shows that the continental cup tournaments are no joke at all. Some full time players’ top aim is to win a place on the British squad and others are to become Olympic Champion, with a load in between too. 50 players may turn up to a competition in one weight category, only 1 of them is going to get gold and only 3 others will medal (2 bronze medals are awarded in Judo); losing is something that most players experience regularly enough. Part of the development process, and for an established player too, is keeping oneself motivated and being able to see progression even if the medals aren’t coming in. It’s why, when someone does win, it feels so good! All the more satisfying.

Some tournaments are prize funded. Even for the events like the Grand Slams, extremely tough tournaments, the prize money is five thousand US dollars for winning gold, which is a brilliant improvement over the last few years (there used to be none) but, isn’t like winning a tennis Grand Slam. For scope, I have been a full time Judo player for 12 years and have never won a Grand Slam medal. Like I said earlier in this series, all the commitment and training still doesn’t necessarily guarantee the success that a player wants, adding to the pressure of becoming, and staying, a full time athlete.

Regards to preparation for tournaments, for bigger events players may look to peak, for most tournaments though it’ll be the final week of training that will be made a bit more restful. Again, with 8-12 events a year a player can’t peak for all of them, coaches will prioritise. Most full time training centres run for 50 weeks of the year. Athletes will still continue to do a level of training over the winter break. Judo players, aside from personal holidays, are training most days (multiple times) of most weeks. Those old school ideas of training just in the run up to events have never been popular in any Judo circle. For one thing there are too many bloody events to stop training!

I hope that has given the reader a short look in on some of the details of competing for full time Judo players, we’ll be back next time going through some of the ins and outs of training camps.

Sigh up to get my free newsletter, Judo’s Weekly Weigh In, straight to your inbox!