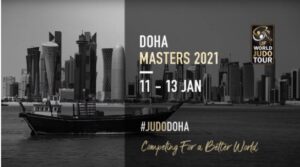 Yesterday saw the final day of the first event of the 2021 World Judo Tour. I thought it was great to see top flight Judo back. From a spectator perspective the tournament looked really well ran. As much as I have personally disliked some of the changes made to competitive Judo over the last 10-15 years, when I look at what it has developed in to, I like it; high level events look fantastic, as professional and high level as the athletes and coaches involved in them. Props to the IJF for getting on top of things and getting the tournaments running again, all the feedback I had was that all the precautions, regarding the current world predicament, were top quality.

For me there were a few key takeaways from the event that, as I’m considering competing again, I’ve been stewing over. I spent the majority of my senior career at -73kg, I’d like to have a crack at -81kg for however long I’ve got left in competitive Judo. Whether I compete to the level of the World Tour (Grand Pixs etc) again time will have tell. Still, I found myself taking plenty of notes during the duration of the 3 days of the World Masters, some I’ll now share.

These are just my own personal opinions that I’m considering as a player, which of course will be formed to a degree by my own particular fighting style. Regarding the tactical elements I’m discussing how, to me, the referees SEEM to be interpreting and implementing the rules, not on the written rule; those two things are very different. Some of what I’ll comment on may be things I’ve already previously talked about with my coach at Camberley and the event has reaffirmed them or, some may have come to light from watching this week’s contests.

Get the Elbow Out

If caught for a smaller score, landing on or towards the side, to the current rules, training to ‘get the elbow out’ will be important. The amount of scores that I saw that would have been a yuko in the past that are nothing now because uke had their elbow out to the side. This is particularly important when considering two small scores currently wins the contest.

To those that will say it, yes the risk of injury is higher. It may be one that will be practised selectively in randori, regards to tournament I’d say nearly all international level athletes will not be deterred by the slight risk.

I’m not saying that strength and power are not important, no, not all. The idea of conditioning becoming less relevant due to shorter contests though doesn’t really stand up. With so many matches going into golden score, actually the potential for contests to be longer than ever before is there. Athletes are being conditioned more specifically than ever, which is great. Seeing the amount of lengthy golden scores however, that endurance gained from higher volume of/longer randoris and conditioning (that order of importance) still needs to be factored in.

Get After The Groundwork

One that never ages. As a lot of standing Judo seems to becoming more fashionably explosive, shorter engaging exchanges, it seems that has somewhat transferred slightly to the ground. There were some examples of excellent groundwork, sangaku-jime by Frank De Wit, but no one really stood out for me as someone that went hunting every time that they hit the deck. The potential is there with referees offering more time on the floor again. Of course the correlation between, for example, those Eastern European fighters that have those explosive styles of standing Judo but, aside from odd exceptions, largely haven’t prioritised ne-waza. Yes, I did see Grigrishvili attempt and score ju-ji gatame! I think that is more a cultural thing as opposed to ‘style’, there is no reason why an explosive fighter can’t be very well rounded and be extremely dangerous on the deck.

Score From The Knees

One that has been prominent for a good couple of years now. Until both elbows hit the floor the opportunity to score is still there. With what constitutes a score now literally two bowl overs from a low position can win, or lose, a contest. It’s imperative to have scoring options from that position but also vitally important that if on the receiving end to GET THOSE ELBOWS DOWN, something I’d been putting into practise in randori before the Covid situation kicked off.

I saw a number of contests where, fighting someone that prefers drop attacks, players were dominating but unable to force shidos on their defensive opponent, either for dropping or passivity. This may be one that has to be judged by the player during a contest as, from what I’ve seen, the refereeing can differ greatly. On occasions drops seem to be consistently punished and then they are deemed as attacks and the more upright player, looking to set up a standing technique, is penalised for not attacking. One thing with drops is they are safer attacks and a lot of the time they (unintentionally and intentionally) destroy the opponents preparation. I thought the over 100kg bronze medal match, for me, was a great example. Grol of the Netherlands was the eventual winner but his opponent could have received at least 10 shidos for dropping, Grol dominated the kumi-kata and set up and attempted the majority of the ‘intent to score’ attacks. This contest was a clear example of the refereeing favouring the dropping attacks. In the end Grol’s opponent was disqualified but the contest went, in my opinion, on for far longer than it should have. It made me think that in occasions similar to this I’d need to utilise small knockdowns to full effect, to ensure I appear offensive and to make the opponent look passive. Double World and Olympic Champion Jae Bum Kim of Korea was a fantastic exponent of small offensive knockdowns.

Don’t Put Too Much Pressure On Yourself

Watching the event again hit home how international Judo is still increasing in competitiveness. Of course, particularly after the break up of the soviet union, Judo has always been extremely tough. I think though, when I did my first World Tour events just over 10 years ago, the level has got harder again since then. When we look at the medals won by those players that went out in the first couple of rounds at the Masters it’s astonishing. The level and unpredictability is exceedingly high. Focusing on the process; training, eating, and living well and then turning up at events and fighting as best as possible is key. Focusing too much on winning, is not heavily conducive to actually winning. Fighting freely and having a clearer mind to make good decisions is key. Train and fight as well as possible and what will be will be. To quote Cleanthes, “Fate guides those who are willing, drags the unwilling.”