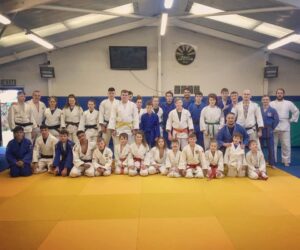 It’s been a couple of months or so since I posted here. I know in one of my last articles I gave it the big one about posting every week or two, in my defence I have been putting together a large body of work (25,000 words) for another project. I was asking myself earlier whether I’d exhausted all my current ideas for writing after really going at it over the past 8 weeks, literally the second thought I had after that was the concept for this post pinging around my head. Funny how that works sometimes.

Something that I found surprising, initially after the first lockdown, was how many new people we had come and try, and sign up to, (socially distanced) Judo. I don’t think, in the 10 weeks or whatever it was between the first and second lockdowns, I’ve ever known a 2 and a half month period where we’ve had so many new people in.

I love doing Judo, as a player and as a young coach. In September I was saying to our head coach at Camberley Judo Club, Luke Preston, that as much as I had enjoyed having to be creative with the socially distanced sessions, at the club and on Zoom, that I was getting a bit fed up of it, I wanted to get back to proper Judo. Luke, who watched plenty of the kids sessions that I lead said, “if you actually look though the kids seem to love it.” That was a bit of a perspective changer. When I did step back, we were growing in numbers and the kids did seem to be really enjoying the sessions. 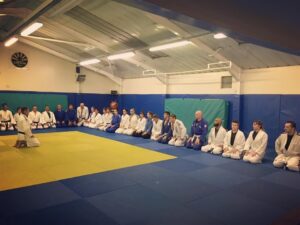 Having a bit of thought on it the sessions are shorter, 30 minutes. Again, I loved Judo as a kid but plenty of times I’d struggle to pay attention for the full hour. They play a few more games. None of them are getting thrown and, they get to absolutely leather their teddy bears or grappling dummies into the floor! By default, the sessions have worked really well for beginners, giving us a bit more time to install the vital basic fundamentals. Those fundamentals aren’t always the most thrilling things to learn independently so we’ve had to be somewhat creative and merge them into game format, which the kids seem to really enjoy. Win win.

For the more experienced kids it has been good for them to go back and hone in on those basics too. Like I’ve also said before, I LOVE it when the kids do well in tournaments but, I see my main objectives as building a passion for Judo and giving the kids a strong base to build from for when they eventually move onto the older, more competitive sections of the club. As Luke has also said to me in the past, “it’s very important to never forget what it’s like to be a player.” As it looks like we’ll be doing socially distanced sessions for a little while longer, it has been enjoyable planning how we can deliver some slightly more advanced content for the those not so new to Judo. 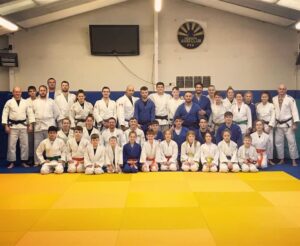 We have a really committed recreational senior section at the club that I also run. Since the kick off of the pandemic in March of last year we have done a mixture of looking at different basics and getting a good physical work out in. Numbers have been strong and consistent from the seniors, they’ve shown great commitment to turn up and get their teeth into all the new stuff we have been doing. For me, it is also easier to see that need for social interaction with the seniors, some level of human connection; whether that is the players outright saying that, “it’s just nice to be with people” or, seeing them all enjoying themselves standing around chatting after the session………in their 3 metre apart training stations thank you very much, we follow all Covid-19 protocols at Camberley (-;

The more and more that I speak to parents, of long standing or newer members, our senior members, the more I see an influx of new players, the more I think about it sports clubs, particularly martial arts like Judo or BJJ, can offer people a lot of what people have been missing during the pandemic.

Martial arts have been slowly growing in popularity over the past decade and a half probably due to a couple of key factors; the rise of MMA and the growth of social media- it’s easier to get access to combat sports news now as opposed to a time when sporting media was largely just the football coverage on the back page of the newspapers. There has been a resurgence of the British boxing scene too. A lot of my mates that I grew up with who were only ever interested in football or rugby now routinely watch ever single UFC event. Particularly with the success and popularity of fighters like Khabib Nurmagomedov, who actively promote sports like Sambo and Judo, a growing understanding of what Judo offers, or at absolute minimum, the simple fact that it is out there is a great thing for the sport. 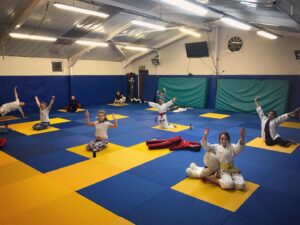 Off the back of the lockdown measures it also seems that as a society people seem more willing to try new forms of physical exercise too. I know many coaches, of all varieties, have been doing well over platforms like Zoom. I’ve seen more people out walking, running and cycling than ever before. Bikes were like gold dust to buy last year. It now takes me twice as long to get anywhere because of the ever increasing number of road cyclists, fair play to you all for getting and staying active right but come on, lycra in public……and those bloody shoes! (-;

To simplify those previous points, Judo and the other martial arts were already growing in popularity and now society seems even more willing to try new things.

From a social standpoint mental health has been in the forefront of many discussions in the previous few years, even more so during the pandemic as suicide, self harm, relapse and support line calls have rocketed over the last 10 months. It is well documented that sport and exercise CAN (there isn’t one fix all) aid in improved mental wellbeing, obviously along with all the physical positives. With the growing understanding of the negative effects that time online, particularly gaming and social media have on our young people, I feel there is a real window of opportunity for combat sport clubs to step up and flourish. 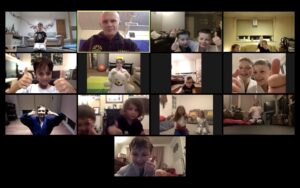 Depression and addiction activist Johann Hari regularly discusses the dangers of people feeling disconnected. He has said, “if you’re depressed or anxious, you’re not weak and you’re not crazy—you’re a human being with unmet needs.” It really paints the picture for me of people all over the country locked in their homes and, unfortunately for an ever increasing number, locked into their own heads. Many aim to connect online through social media, barraged by a constant flow of edited images making them feel less than. Commenting on Susan Greenfield’s Mind Change Kate Fagan states that, “self editing began at the beginning (of human existence). The only difference now (with the internet) is the volume of one another’s edited lives that we consume.” Fagan, in her own incredibly powerful What Made Maddy Run puts forward an over whelming amount of evidence showing that young people understand that their own instagram accounts are heavily edited and not a full, true representation of themselves. Most dangerously though, Fagan also puts forward the idea that, at the same time, the same young people fail to recognise this with other peoples pages and posts, they believe that those individuals are as happy as they appear in these edited photos. Our youngsters, and adults, constantly exposed to images which, ultimately, make them feel ‘not good enough,’ disconnected. 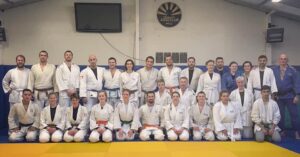 “If you want to build self-esteem then you must do esteem-able things.” An old but still very applicable saying. I’m not sure anything can build esteem better than martial arts and combat sports. Yes, there are all the benefits of physical exertion that most exercise can give an individual but, also, and more importantly in the context of this discussion, is the self confidence gained from controlled confrontation. I appreciate to someone that has never been involved in combat sports the idea of ‘fighting’ could seem somewhat barbaric and definitely something that they wouldn’t want to expose themselves or their child too. Yes, they will be learning a form of fighting, that is true. Actually though, fighting is one of the most natural and primal activities that a human being can engage in. Look at how many young kids naturally just want to grab hold of each other and wrestle, it’s deep rooted in us as a race of mammals. Martial arts clubs are also some of the most disciplined environments a person could choose to be in. That’s not to say coaches emulate drill sergeants, no, there are though clear do’s and don’ts and respect for each other is demanded. The individualistic element of the sports teach a person to take personal responsibility, yet, at the same, when we practice we are at close quarters with another person, there is close human interaction there. The nature of the sport requires faith and trust in your partner as they practice controlled techniques on you, faith and trust that are reciprocated when it’s your turn. Mutual respect. Yes, individual sports they are however there is as strong of a team environment as any team sport out there. There is a fantastic communal feeling to a martial arts club. 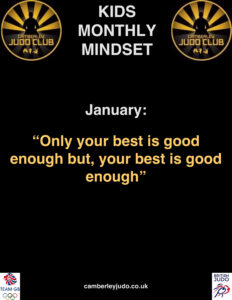 To conclude, whenever we get back to something resembling normality we are going to have a massive number of people desperate for a safe social environment, the desire to try a different, perhaps more primal form of exercise. Parents want their kids to get out and active again and, with the continued understanding of, to quote Benjamin Franklin, “an ounce of prevention is worth a pound of cure,” regarding mental health, perhaps something that can aid building mental wellbeing, confidence and resilience may be sought out.

As hard as it’s been for many clubs, and as much as I know plenty have been opposed to running socially distanced Judo, I believe the opportunity for those that do survive to flourish and prosper will most certainly be there. Thus providing their members and their local community with a very valuable service during and post pandemic.