Vivobarefoot: 7 Reasons Why I Won’t Go Back To Mainstream Footwear 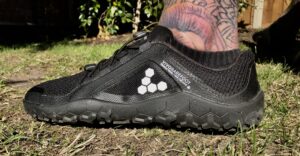 The hands, neck and feet, one of Camberley Judo Club’s strength and conditioning coaches, David Boycott Brown, said to me a few years back, are the most undertrained areas of the human body. I’ve spent my life grappling in a gi, gripping a massive part of Judo and, I believe, will become more prominent in Brazilian jiu-jitsu in the very near future. Specific training of the grip and of the hands has longtime been accepted within the Judo circles; rope climbs, gi chin ups, pinch holds and flips, farmers walks etc. We spend a lot of time basing on our head when fighting on the floor, wrestling style neck drills have also been included in Judo training for many years. You seldom find a decent level grappler who can do the top button of their shirt up. When I asked Dave about extra specific neck work that I could possibly do he recommended just continuing with, and possibly adding in a few more of, the wrestling style exercises. So, although maybe not consciously always delivered, the importance of the hands and neck has always been somewhat understood in the competitive Judo circles. That day though was the first time I’d heard anyone talk about the feet being an area that could be trained.

Our connection with the floor is something I think about in my own training and in the sessions that I lead. When I questioned Dave on anything to help strengthen the feet he said about keeping it simple, where possible, just training barefooted. Obviously in Judo we are barefooted on the mat all the time, you look at anyone that has been involved in the sport for a while and you can see the thickness of and definition in the feet, something I’ve really noticed since the initial chat with David. I now also lift weights without shoes or socks imagining, during a squat for example, that my feet are made up of tiny suction cups and I am sticking and rooting myself to the floor. 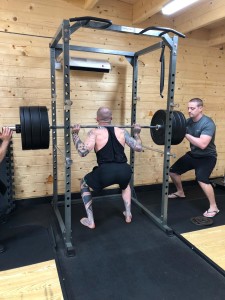 I’ve always been intrigued by the theory of marginal gains and more recently by situational psychology. The idea that how and where I live and what small bits I can regularly and repeatedly do in-between training sessions can add up to make a decent sized advantage. If my feet can become healthier and well conditioned from the time spent barefoot on the mat, how much better would they be if I was barefooted all of the time. I was using a lightweight trainer at the time made by a global mainstream sports brand; as I started to talk more to people about my thoughts and the small changes I was making in training, a number of more freethinking friends said that I should consider looking at a company called Vivobarefoot.

Vivobarefoot describe their shoes as “minimalist and natural footwear”. I have liked the look of them and what the company stands for since I first checked them out. At the time the trainers I had were still fairly new and I remember saying to myself when these are worn out I’ll get myself some Vivos. Low and behold I got into the full swing of Olympic qualification and I ended up getting another cheaper pair of shoes abroad. The decision to finally bite the bullet was after my girlfriend and I went out for a walk across a few of the gravelled trails by our new place, when we arrived home I took my shoes off and the bottoms had been completely shredded by the stone. The trainers had been advertised as lightweight, durable footwear. 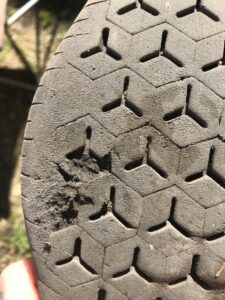 A little annoyed, but also a little excited, I went straight online and ordered a pair of mens black Vivobarefoot Primus Trail FG. They were delivered in the amount of time that they said they would be on the website. I’ve loved them as soon as I took them out of the box. Like those films or books that people recommend and I put them off for years then watch or read them and think, wow, why didn’t I do that years ago?! Same thing with the Vivos. Virtually everyone that I know that has a pair swears by them, below is a list of everything that I like about the ones that I have if anyone may be considering investing in some.

1: They look great!
Don’t get me wrong, everything wear and use wise is great about them but, I still won’t buy anything that I don’t like the look of. I do have specific tastes when it comes to attire. With footwear particularly I don’t like any unnecessary bulk or weight. These are perfect. They work well with sports gear or more casual stuff like jeans, shorts or cargo trousers. I only really buy black nowadays, my pair are all black with a white Vivo logo which gives them a sporty touch too which I enjoy.

2: Minimalism
I consider myself somewhat of a minimalist. As previously mentioned I do not like bulky footwear. There is absolutely nothing unnecessary about these, I can even roll them up! They take up no space at all, particularly useful for going in a rucksack or a suitcase which is convenient for me with the amount of travelling that I do. Extremely light too. 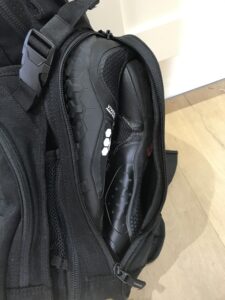 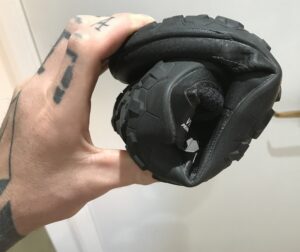 3: I Feel My Feet Working
After a long walk my feet feel like they have done a workout, not in a bad or painful sense, just that I can feel where I’ve been using the muscles in my feet to stabilise without having to overly rely on the shoe for support. They are made ever so slightly wider for that purpose. Normally I train in a private gym, but the occasional time that I pop into a public gym, many of which don’t permit people to training without foot wear, I can still like my feet are getting conditioned too while training. 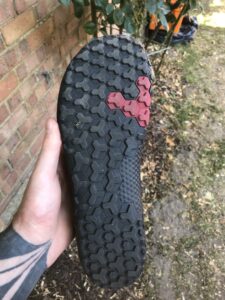 I have walked for miles in them across the same rocky tracks and there isn’t a scratch on them, I’ve even used them on my mountain bike that has heavy duty metal pedals, again, not a dent or severe mark on the soles. The other footwear I had when stepping on even the modest of pebble felt like my foot was being sliced open. In the Vivos I am aware something is under there but the bottoms completely protect my feet, I’ve actually been doing some running across the same terain in them.

5: And breathe!
They are so well ventilated, the other off road footwear that I’ve had in the past have virtually been all leather, leaving me looking like I’m suffering from trench foot when I pull them off! I go for a run in the Primus Trails and my feet are nearly completely dry afterwards. 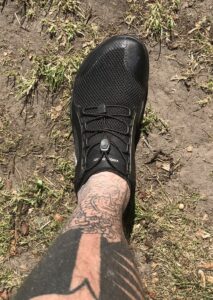 They are so easy to get on and off, useful for me getting on and off of a Judo mat all day. Mine are elasticated as opposed to laces which I prefer, again makes it quicker and easier and also minimises everything required to fasten the shoe. I like the look of the elastic, they do offer some products with laces but I much prefer the former. 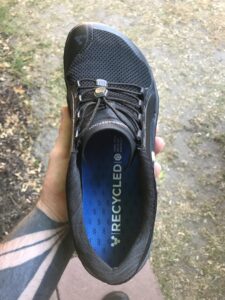 Vivobarefoot products are largely made out of recycled and natural materials. They seemingly give a damn about the planet and their workers. A range of their shoes are made in Ethiopia, by locals, with local materials and their proceeds go back to supporting community projects in the country.
They also put out a decent free short documentary called Shoespiracy which is well worth a look. They are passionate about what they do. I like that.

To conclude, I am really chuffed with my pair of Vivobarefoots, I already don’t really see myself going back to more mainstream style footwear. For those serious about grappling and that consider the one percent, marginal gains, then Vivobarefoot should definitely be on the list as an area of improvement that can be made, today.

How I Prepared to Boot a Priest in the Balls: First Visit to Avebury Stone Circle