Tokyo Olympics & Venting: When “Contolling the Controllables” Might Not Be Enough 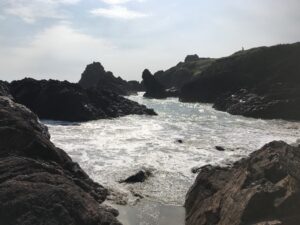 I didn’t think that I would ever be able to write these next words; that, over the last six months, I actually feel, in some ways, somewhat fortunate to not be involved in the thick of chasing the last remaining Olympic qualification points or, to even be one of those already qualified athletes.

I decided last September (2019) to call it a day at fighting at -73kg after a relatively unsuccessful 18 month run at trying to gather as many Olympic qualification points as possible for the Tokyo 2020 Games. As difficult as I found that decision to make I have not once seriously questioned it since. I don’t regret it in the slightest. I had a tough window of a couple of months or so after where I wasn’t sure if that was it, if I was done with competitive Judo altogether.

A few years back I met sports psychologist Steve Sylvester whom I began to talk to regularly. Steve and I would chat on the phone and he would also have me over to his family home to discuss things. A couple of years back Steve put me in touch with former Reading FC manager Brian McDermot who I am now in contact with regularly, Brian has since introduced me to a number of good people who I can also speak to about sport, training, and stresses. In that period after shutting the door on -73kg I had to lean on those people quite heavily, having phone calls most days with at least one of them. That support, particularly support that could somewhat empathise with where I was at was so, so very helpful. Just exercising some of those more prominent thoughts I found to be so freeing, “am I being a quitter?…..what the hell do I do now?” None of them tried to ‘fix’ the situation for me but listened, dropped some suggestions and helped me to come to my own conclusions.

As I’ve written about before I enjoy reading Stoic philosophy. I’m still very much at the point that, for example, I’ll read about how to let go of anger, think that it’s great, that I know what now to do and that I’ve got it sussed, then, 10 minutes later I’ll be driving and someone will pull out in front of me and I’ll be straight on the horn, giving them the finger and effing and blinding! At minimum I kind of think at least I know what the right thing to do is now even if I don’t always (rarely!) manage to do it!

The idea of “controlling the controllables” that has come more commonly used in sport has its routes in philosophy and is discussed regularly in Stoicism. The Stoic teacher Epictetus said:

“The chief task in life is simply this: to identify and separate matters so that I can say clearly to myself which are externals not under my control, and which have to do with the choices I actually control. Where then do I look for good and evil? Not to uncontrollable externals, but within myself to the choices that are my own…”

Recovering addicts use the serenity prayer which carries a very similar message:

God grant me the serenity

to accept the things I cannot change;

courage to change the things I can;

and wisdom to know the difference.

I love the idea of ‘controlling the controllables’ and I personally feel that it has helped me with decision making over the past few years, on and off of the Judo mat. I do see it bounded around a lot on twitter a fair bit by a number of coaches that I follow but I believe, particularly over this current period, a clearer message could have been more beneficial to athletes. I almost felt that it is a bit of an, perhaps unintentional, cop out to a degree. “I know it’s difficult not knowing if the Olympic events are going to take place or not, but, in the meantime just control the controllables,” I’ve seen that one loads since  March. I get it, and I certainly am not gonna say I have the answer, because I don’t, no one does; no one knows what’s going on in the world tomorrow let alone six months down the line at the moment.

I definitely found though that, particularly that period after finishing at -73kg, just having those supportive people around me made all the difference. A lot of the times I just vented to them and they just listened, nothing more. Still, even just by getting that frustration off my chest I felt freer, like I hadn’t internalised it, which I can quite easily do. I have really felt for those athletes chasing the Olympics over this current period, I know plenty have struggled during it. I think for me, with closing the door on -73kg, I could at least, in the end, make a definitive decision about it; for the athletes at the moment definitive is the last thing that anything is, everything is still up in the air. I have asked myself how I think that I would have coped if this covid situation were to have happened before one of the major events that I went too, honestly, I think the answer would have been not too well at all. It must be so frustrating for them, having these events announced then they get cancelled, given a bit of hope then having it pulled away again. The thing that they have been gearing towards for their entire lives, that keeps them motivated, in routine, that demands everything from them seemingly crumbling in front of them. I do, I truly feel fortunate to not be going through that right now.

Yes ‘control the contollables,’ keeping what training that can be done going, eating well etc but, at the same time it is ok, and completely understandable, to be frustrated or anxious in this current climate. It would actually be abnormal not to be. I think, regards to the mental health campaigns, that have done some good work over the past few years with chipping away at stigmas, the “just speak out” message is important but I think that it could go further, considering also that in Judo, we have had lost a number of high level athletes to suicide over the past few years. Who do I speak out too if I’m feeling fucked? The lady taking my money off me at the petrol station? My mechanic? Who exactly do I ‘just reach out to’ and speak to? I think those are the messages that could be relayed better. Particularly to combat athletes that are encouraged to learn how to suppress their emotions in a contest environment.  Again, I don’t have the answer to that nor am I a high level coach, or trained in psychology. For me, after working with a professional who introduced me to a number of people to talk too who have lived similar experiences then, when I am willing to talk openly, I tend to feel better. Just like when I talk to my coach about Judo, I have faith and trust in him because I know that he has great understanding, because he has been through the mill himself.

George Harrison of the Beatles used to say that he always felt sorry for Elvis, because it was just him. Harrison would say that when the pressure of endless touring and world wide fame would get to him he knew that his friends and band mates John Lennon, Paul McCartney and Ringo star understood how he felt when he would talk to them. Elvis, as Harrison stated, was all on his own. From a Judo perspective, the benefits of having an understanding training partner was something that one of my long time Judo heroes, John Buchanan, discussed recently.

One may argue that finding someone to talk or vent (both are the same) too, even if a coach or team mate, and being willing to actually talk is a controllable, which of course it is. I just wonder though if it is a message that, in this period, could be portrayed a little better or deeper, so that its audience can obtain a fuller grasp of it.

Sign up to my weekly newsletter, The Grapplers Weekly Weigh In, here.