How I Prepared to Boot a Priest in the Balls: First Visit to Avebury Stone Circle 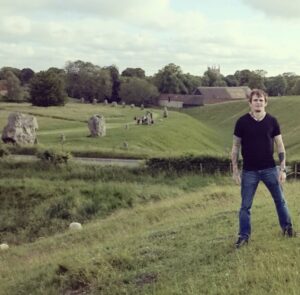 I took a week off during the recent May half term and went to stay in one of my favourite counties, Wiltshire. On the way home I stopped off at Avebury stone circle and a very amusing memory came flooding back to me.

I had my arm broken with an armlock in the British Championships in early January 2013, that’s not the funny recollection. A couple of weeks later, as I was driving to Bath, where my family were meeting for a couple of nights to celebrate my grandparents’ birthdays, I got a phone call to say I’d be needing reconstructive surgery. Basically, I wasn’t going to be on the mat for a while. The family weekend passed, for once, relatively smoothly, which means my cousin managed not to piss up a bar nor choose to jump over it and start pulling his own pint. The job, as they say, was a good’un.

On the Sunday I bid my farewells and, as I was driving back to Camberley, spontaneously decided that I should stop off for a look at Avebury stone circle. I’ve always taken an interest in British and Irish histories. I particularly like the Celtic pre-roman Neolithic periods and, looking around stone circles, areas of which much still remains a mystery…..along with why I might be single. 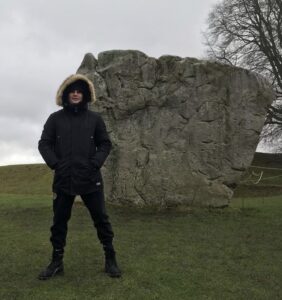 Anyway, I had a good look around the henge and circle and decided, seeing as I wasn’t going to be in for training the next morning, to camp over and sleep in my car. I bought a book on the history of the monuments at Avebury, to ward off any women, and a bit later on popped into the Red Lion pub in the village to use the loo. Someone must have pissed on the floor because on the way out I slipped, stumbled into the bar, and the barmaid, all alarmed, turned around too quickly and, on tripping herself, accidentally shoved a pint of cider into my hand. They could’ve done with a mop in that place because the floor was slippy all night.

I ended up getting chatting to, to put it plainly, a big group of hippy looking fuckers on the table next to me who, told me that they were all practicing druids celebrating Imbolc (pagan cross quarter festival) a few days early. The actual festival was falling in the middle of the week and they couldn’t get time off from their accountancy jobs. I ended up drinking with them for a good while and well into a lock in. I really enjoyed learning more about the druid community, which is apparently still live and kicking. What I took pleasure from the most however was the lad that seemed to be holding court was wearing timberlands and an old Man United top, drinking snakebite and, puffing on a raspberry vape. So much for a cloak, staff and a bark pipe! 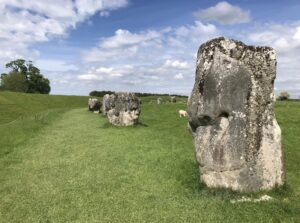 About 1am one of the gang asked me what I liked most about the Avebury complex and I recall saying, “Complex? It’s just the circle isn’t it?” He then went onto tell me that for a few square miles there is lots of amazing structures and, that the West Kennett Long Barrow was a breathtaking experience. “Fuck knows, not seen it” was my reply. He was sober, said his name was Van, and was the only one of us able to string a proper sentence together at this point. Van the Man goes on to tell me that he is a pagan priest and has been living and studying at Avebury for a few years. He said he performs ash scatterings at the Long Barrow for relatives that want their loved ones remains to be in a spiritual place, where many of the ancestors were laid to rest. That probably should have been alarm bell number one.

Anyway, after a bit of debate, in the lashing rain, I ended up in the fucking sidecar of this lads motorbike hurtling the 2 mile  journey down country lanes to the village of West Kennet, to see this Barrow thing. We pull up in this lay by, I get out, he then tells me there is a ten minute walk across the field to our ‘final destination.’ We are literally in the middle of bum fuck nowhere, just me and him, and, by a tiny torch light, we start trudging through this boggy field. I think as the winter cold and rain started to set I began to actually realise what the hell I was doing. 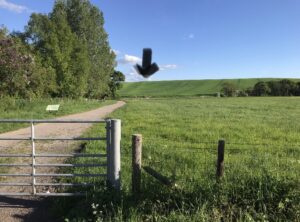 I remember coming to my senses really quickly and thinking,”what the absolute fuck are you doing Williams?! You’re in the middle of a field, in the middle of the bastard night, with a bloke you’ve just met. He’s already told you he likes performing funeral rituals for the religion he’s part of, a religion that was renowned for human sacrifice! He has also said we are going to the ‘final destination!’ This twat is gonna try and kill you!”

He was walking just behind me and I quickly started weighing up my options:

It will be a knife so you can’t have too much contact. He will use it to try and take your life or, even worse, to threaten you into a position where he can stab you with his other little dagger.

You can’t run because it is the middle of an effin’ field, it’s pitch black and he has the torch.

You ideally need to knock him out but your left arm is damaged and he is on you right.

You could try one of those spinning back fist things those Muay Thai lads do with your right hand. You’ve never actually done one before though, and it’s pretty bloody slippy.

Basically, ignore all expert advice about doing everything possible to avoid confrontation with an armed attacker. You need something to drop or nullify him for a few seconds so you can try and get the knife off of him.

Ah, yes…….best to turn around and hoof him straight in the nuts.

Once decided I then occasionally took a quick look under my right arm to try to see where his feet were stepping so, if he made any sudden movements, I would have my line to land my sterilisation strike. Honestly, it made perfect sense at the time. My occasional glance clearly turned out to be once every 2 seconds because he asked me if I was ok. “Fine, mate” I replied, in a high pitched girls voice. 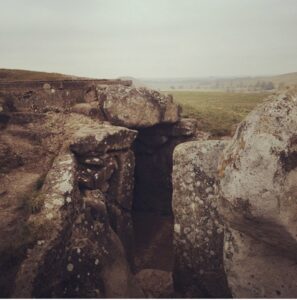 Entrance to the Long Barrow

A few minutes later, and me still breathing, we arrived at an incredible stone and grass monument. What an amazing spot that is. Van told me about the history of the place and took me into the stone chambers, where he explained some people come to remember lost loved ones…..they were the only bloody chambers entered thank you very much. But, honestly, what a brilliant way to experience a place that people have flocked too for nearly six thousand years. Van dropped me back off to my car where I slept soundly before heading home the following day. 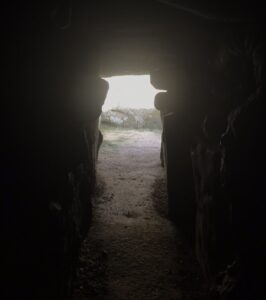 So, what did I learn? I learnt that alcohol can definitely prevent someone from remembering that their iPhone has a built in torch and, that hippies are, largely, nice, helpful people. Alas, that’s why every time I think of Avebury, a place that I admire, I crack up with laughter. That kind and interesting Van the Man will never know, just how close he came to becoming Jan the Wo-man.