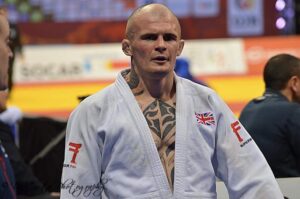 There it was on the floor, the dummy I’d royally spat out after it was announced that the British people were going into lockdown. All reason, self help lessons and Stoicism forgotten in the following ten minutes as I stormed around the house and garden like the rebellious year ten school boy again, the only thing missing, a fringe to gel flat to my forehead, nature removing that option a few years back!

As I regained a bit of composure from the initial shock and anger of “being told what to do” I began to see the need to somewhat isolate to protect myself, my family and the community. I also started to envision that the time ahead could be a great opportunity to learn and grow. Well, that’s what I tried to tell myself in an attempt to gee myself up as I progressively struggled more and more though the first ten days or so of lockdown. Like most things in my life, I have to let them get so painful that I have no other option but to change. I’m noticing a pattern, that when I get to that point, and am willing to get help and change, things get better and, actually get better than ever before. A mate of mine, a recovering heroin addict, tells me that that is known as “the gift of desperation”. I agree. Anyway, a week and a half in I was at cracking point. I rang out to another friend that I speak to regularly and relayed to him what was going on, he basically said to me that I didn’t need to be productive, that I don’t need to be doing something all the time and I should stop trying, “just sit on the sofa and read a book”. 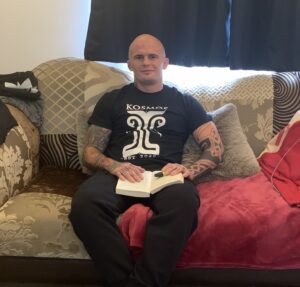 Viktor Frankl, author of the brilliant Man’s Search For Meaning coined the term, and technique of,  “paradoxical intention”. Taking the attention away from the central point of focus. So, in my situation, me running around trying to be productive as possible, the prescription would be to actually try to be as unproductive as I could be. I am an obsessive. Tell me not to eat chocolate and all I’ll think about is not eating chocolate, my mind still firmly set on chocolate. I’ll white knuckle it for a while then, eventually, cave. The idea is to “let go” of the idea of eating chocolate at all, by focusing on eating other, nutritious foods. So, my remedy to trying to be as productive as possible, but with nothing to actually go at, was to pick a book up and spend the full day lounging on the sofa with it. What a difference twenty-four hours can make.

My coach, Luke, texted the next day asking whether there was anything we could do online for Camberley Judo Club’s members. It literally felt like the ideas were being dropped into me from somewhere else. I was off and running. Like most other people, I’ve had the odd tough day or two but I have largely really enjoyed the time that lockdown has given me. I feel like I have learnt so many great things to move forwards with. I also feel much better equipped to tackle another lockdown style situation should we encounter further outbreaks or anything similar in the future.

I had one of those odd tough days last week, a few days actually. I was feeling frustrated and a bit purposeless. I decided to make another list of things that I felt had gone well in lock down and, again, seeing it in front of me on paper, and the length of the list, helped affirm to me that actually things are going well. It was actually just my thinking that was warped, the reality of the situation was much brighter than what my catastrophizing would allow me to initially see.

I take a lot from articles online, books, podcasts etc. Some I find myself, some I’m pointed in the direction of by people close to me. Following will be a series of posts listing some of the key things that I’ve begun to learn through lockdown and links to any tools that have prompted or aided me on the way. Even just writing this post has helped, it’s been somewhat of a cathartic exercise in itself. Hopefully someone else gets something out of these articles, please get in touch with any thoughts you have, any ways you think that I could do anything differently and, let me know what changes you have been making through lockdown. 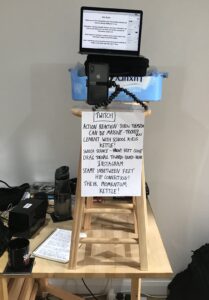 This started from Luke’s text about doing some video related content for our members. I’ve wanted to do more to advertise Camberley Judo Club for a good while. I took over the kids section of the club a couple of years ago, since then we’ve been getting the young fighters back out to competitions. Speaking to some parents at the competitions I was a little surprised that the club was fairly unknown to a lot of people at that level. Many even asking if we run a senior section at the club! For those unaware with have a number of Olympians training at the club and have had a player compete at every senior World Championships for the last 30 years.  Attraction is better than promotion, yes. The more we get out to competitions I’m confident, with all the work that the kids are putting in, that we’ll bring more and more medals home, cementing ourselves as a competitive force at all levels. In this day and age though marketing is a necessity. Social media being one of the biggest platforms in which we already market ourselves from. There is a massive added bonus with regards to social media, it’s free! I’d like to push my side of things of the online advertising even more so.

I feel that I am in a good spot regarding the content for the content that we’ve been putting out. Our niche market is the Judo and combat sport communities, I’ve been involved in that scene since I was 4 years old. I’m lucky that a few of my friends are artists and already utilise social media to great benefit to their businesses, so I had plenty of people to bounce ideas off.

Basically, after a lot of thought and advice, it was decided that I should make something that I would want to watch. Below are what I want out of a tutorial video:

Who is showing me? Are they a credible source?

Is it easy to follow what is being said and demonstrated?

Is it concise? Is it under 4 mins? (Any more than that and I’m unlikely to click on it)

Will it be beneficial to me? Is it easy enough for me to practice? Can I practice it anywhere?

Is the information presented interestingly, preferably with a bit of humour?

If I like it where can I get more?

So, I decided to create short daily (now weekly) videos in which I demonstrate basic techniques and elements of Judo. I saw myself as the “customer”. I have always devoured Judo videos for my own benefit so, I felt confident with what to deliver. The videos have 3 clear sections:

1: Introduction- I introduce myself, my credentials, what the video consists of

2: The product- The demonstration, the reason why the viewer has clicked on the video

3: Advertisement- Wrapping up the video with letting the listener what is coming up, an event at the club for example. Where they can find more information about the club too.

Obviously there is always room for improvements but I feel like I have created a good little package that I can continue with. The first few videos took up to fifteen takes! I’m getting them all in virtually one take now; set up, filming, editing and, posting taking no more than fifteen minutes in total. Everything that I have done thus far has been at home, I’m looking forward to seeing how much more exciting the footage can be when we can get back onto the mats.

Here are the products and apps that I have found useful in the process:

Light, small and can be adjusted to anything that you want to put it on, can even wrap around banisters or poles.

Very easy to use phone editing app. I paid £9.99 to have their advertisements removed from my finished videos.

Another simple to use app. A friend recommended me finding a televiewer app (your text runs up the screen so it appears that you are looking straight into the camera as you read it), of the ones I tried I found this one best. I paid £12 to remove the limitation of words, well worth the investment. Very useful for prompts for up close videos and vlogs, more on vlogs to follow.

I do love a coffee. One habit that I had been trying (“trying” translates to- would like to do something about it but haven’t actually taken it seriously enough to put effort into it) to break was using coffee shops. I can quite easily knock back three hot drinks in one cafe sitting, leaving me around a tenner lighter. I haven’t missed frequenting coffee shops at all so I’m going to set myself some clear rules moving forward, to give myself the best opportunity of not slipping back into old ways: 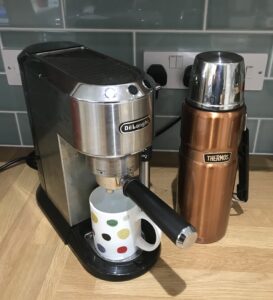 1: Use a flask- I have a decent coffee machine and good Thermos flask at home, if I’m going out for even just an hour or more then I’ll take a coffee with me. If I want one then I have one in the van with me.

2: Invest- Get a decent machine at home. I have a nice Delonghi one. I go through, roughly, a bag of ground coffee each week while at home each day, the bag costing £2.70. One single coffee at a cafe costs the same or more. One coffee out for the same price as a week’s worth of coffee at home. It is laziness and complacency that got me into the habit.

3: Socialising- I’m not going to say I’ll never enter a cafe again, I do enjoy a catch up with mates over a coffee. That is different to just “popping in” to grab one. Most humans don’t nail it like I do so hopefully the peer pressure will slow me down!

4: Appreciation: Hopefully, following these rules then when I do go into a coffee shop, I will actually enjoy the full experience and not just take it for granted as I used too. 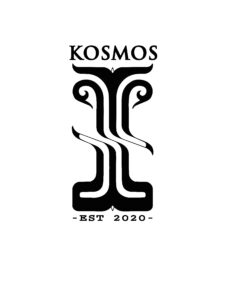 The thought of creating an apparel line aimed at the grappling sports has been in the back of my mind for a long, long time. In the 27 years that I’ve been training I’ve not found a line of kits or clothing aimed exclusively at grapplers that I feel like I could stay loyal too because they produce great gear consistently or, I couldn’t get behind what the brand stood for. The ones that looked good weren’t durable, the ones that were durable didn’t look good. I’m very much at ground level, I still train a lot, compete and am on the mat multiple times everyday. I am working with full time Judo and BJJ players to create top spec kit for our Grapparel range. My good friend and tattooist, Hanumantra, is on board fronting the visual designs. Much more on Kosmos very soon. Until then, you can join us on Instagram, Twitter and Facebook using the handle @kosmos_ltd

Apparel crafted with the grappler in mind

Have a great week everyone. See you all next week where we’ll discuss the topics of blog creation, meditation and more.